It’s 5.30am on Saturday (a sentence said by no sane person ever) and I’m standing in Nero waiting to order coffee. I’m awake because it’s time for another yoga teacher training weekend; in a few hours, I’ll be grappling with Sanskrit and jumping up and down on my mat lamenting the day I ever started this gruelling practice.

With a RuPaul mat bag slung over one shoulder (I like a side of sass with my sun salutations) and a grimace designed to repel conversation, I shuffle towards the counter repeating “please don’t talk to me” over and over again in my head; it’s the modern-day mantra for the anxiety-riddled millennial.

Disappointingly, the barista is totally unfazed by my stony demeanour and sleep-crusted eyes .

“What can I get you today?” he asks, smirking.

“PERFECT, your order will be ready in no time ma’am” wtf

While he’s working his magic, I longingly gaze over the myriad pastries on offer; butter-glazed croissants oozing with vanilla cream, heavenly chocolate twists and cinnamon swirls that suck up icing like a sponge. While I’m trying to figure out whether a pastry, or three, will increase the likelihood of vomiting during primary series, the barista waves my drink at me.

Mustering as much enthusiasm as possible for someone who’s only slept four hours, I manage a feeble “Yes, yes I do”.

He smiles wistfully, “Oh, I’ve always wanted to try yoga” then, with a dismissive wave of his hand, adds “but I’m not flexible enough”.

*cue the rage of a thousand suns*

If I had a penny for every time I heard that, I would be a millionaire. I’d live on a beach in some far-flung location, reading Paulo Coelho and reciting Rumi while thoughtfully gnawing on organic coconut flesh.

While this is the most common excuse I hear, it’s by no means the only one (people are incredibly inventive when talking themselves out of starting a practice). Because I believe yoga is universal, and everyone should get to suffer equally, I’ve taken the time to debunk the most widely-used myths around.

This is tantamount to saying you’re too hungry to eat or too tired to sleep; it doesn’t make sense. Nevertheless, it’s easy to see where the illusion comes from; a cursory scroll through Instagram shows thousands of yogis apparently blessed with superhuman flexibility. One minute you’re trying to get tips on how to start yoga, the next you’re staring at some bendy babe sipping a fat-free cappuccino with both tanned legs tucked neatly behind her head (I wish I was joking). It’s a false reality. People rarely walk into their first yoga class and fall effortlessly into a forward fold. Most of us struggle to touch our toes to begin with (hamstrings are notoriously difficult beasts to tame).

Yoga is a journey; it takes time to improve flexibility and master postures. It’s like any other exercise in this respect. A runner wouldn’t attempt a marathon without taking a few laps around the block first.

Why would anyone want to bypass a practice often hailed as the elixir of youth?! The benefits of yoga are innumerable; asana practice reverses the aches and pains associated with age (particularly back problems) and the therapeutic aspects of breathwork and meditation alleviate everyday stress and anxiety (both of which are timeless afflictions).

Again, don’t get caught up in the aesthetics of yoga. Perhaps you’re of an age where headstands and extreme backbends are unattainable (although you might surprise yourself), but these postures aren’t the point. Personalise your practice to suit your needs or choose a gentler style; Bikram and Ashtanga might be too intense so opt for a restorative, meditation or beginner’s class instead. The yoga world is your oyster. 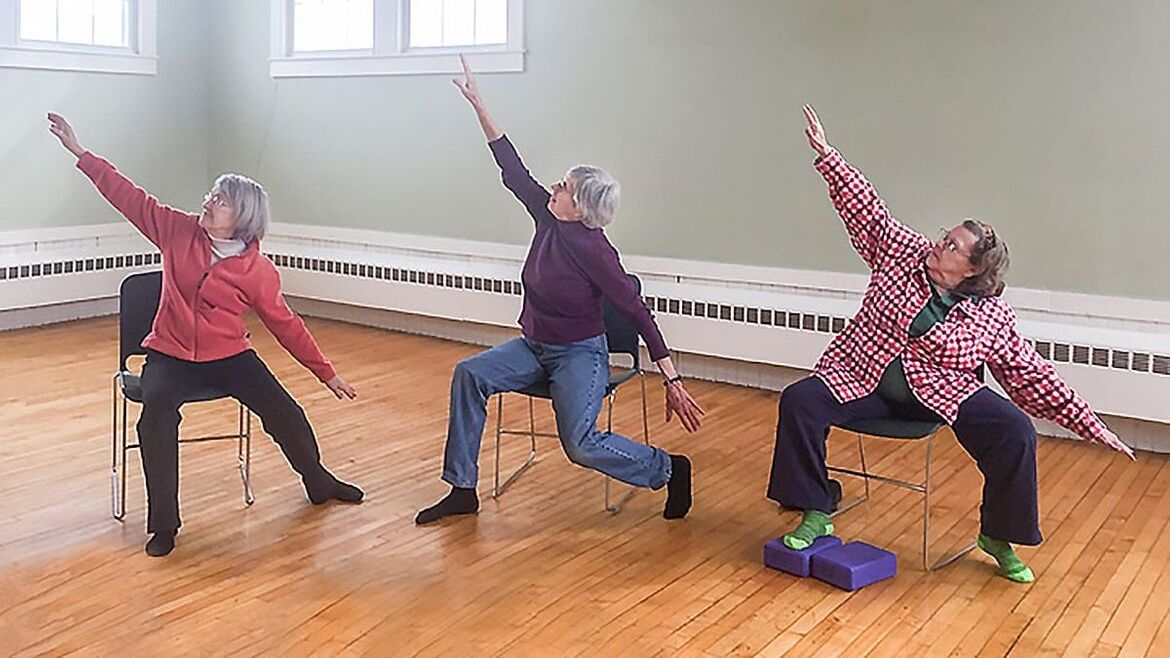 Yoga is for girls

Hold my purse. Today, western yoga is seen as a female-dominated practice; if you glance into any studio or gym class, 80% of the students will be lycra-clad yoga babes and the other 20% will be awkward looking dudes standing at the back (this is a generalisation, don’t slide into my DMs).

But I’m going to let you in on a little secret; the first woman to publicly practise yoga was Indra Devi in, wait for it, 1937. While I’m sure chicks chaturanga’d (it’s a word now) before this, it wasn’t until this point that the culture shifted away from men only. When Indra approached Krishnamacharya, he refused to teach her at first on the dual grounds she was a Westerner AND a woman. So much for universal love and acceptance *mic drop*.

I’m not a Lululemon sample size

Yoga isn’t a fashion show despite what multi-million-pound brands would have you believe. Again, social media is to blame for the misrepresentation. Companies pay thin and beautiful models to wear their clothing while lifting gracefully into handstands. And they better smile while doing it because tired, red-faced yogis don’t sell clothes. The message is: “If you buy these leggings, you can look like/do this too”. But these companies aren’t inclusive; they don’t stock larger sizes or use fat models in their campaigns. So, the message is actually more sinister: “If you can’t shop here, you shouldn’t be considering yoga in the first place”. Here’s a quote from Lululemon’s founder  Chip Wilson (I’m so mature). In 2013, he admitted his sausage-skin pants “don’t work for certain women’s bodies”, promoting the ludicrous notion that there’s a “right” type of body for yoga.

I can’t afford a studio or gym membership

Who can, amiright? If money’s an issue (when is it not?), there are plenty of free resources available to kick-start your yoga journey. YouTube is a treasure chest of free lessons, podcasts delve into philosophy for no fee and libraries (remember those?) usually stock a couple of alignment and history books.

As for space? You don’t need much – just enough to lay your mat down comfortably. I’m lucky because I can attend classes, but at home I flow in my tiny bedroom, surrounded by dirty plates, stray lighters and wine glasses sticky from last week’s merlot. 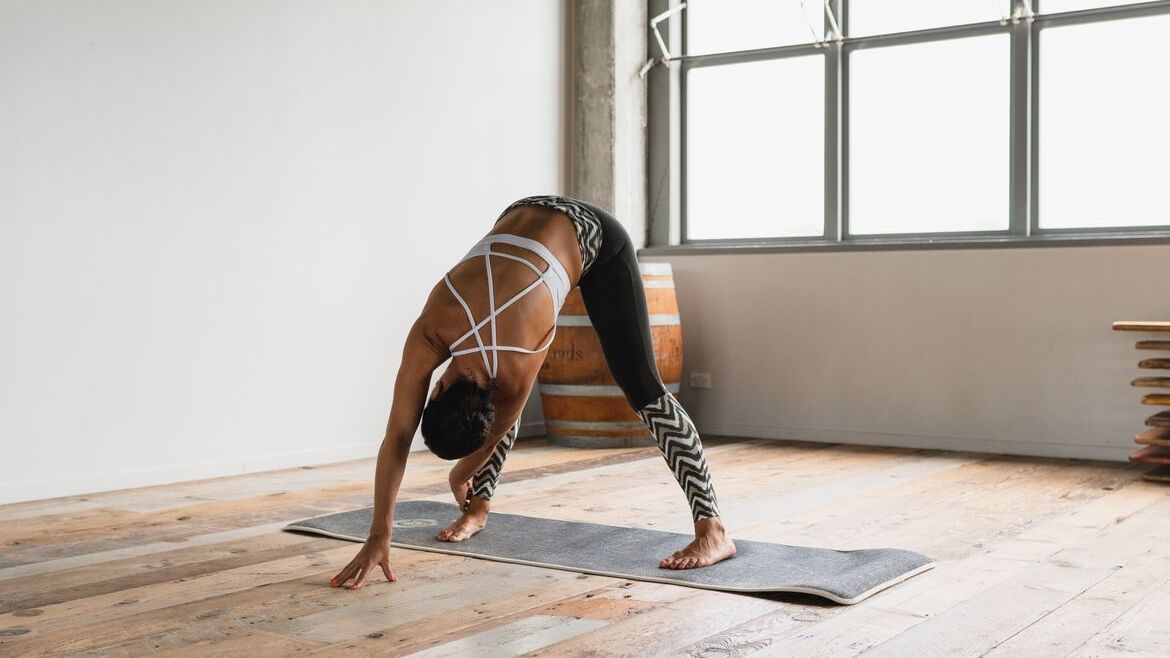 Nothing’s a real workout unless you put the effort in, Susan. It’s, like, the law of attraction. If you attend a class and, in the famous words of Britney, “work bitch”, you’ll feel like you’ve had a workout. If you attend a class and teeter on the edge of savasana the whole time, unwilling to practise postures you dislike, you’ll feel cheated. A teacher can only do so much; at the end of the day, it’s down to the individual to make sure they’re putting the effort in. Without a degree of force, your practice will never develop.

I’ve mentioned this above but there are also distinctive styles of yoga; it’s worth doing your research before booking your spot. If you’re a cardio-bunny, head to an Ashtanga or Bikram class.

I don’t believe in God

Yoga is a science, not a religion, and you don’t have to “believe” to measure its benefits; these include improved athletic ability, better respiratory functions, reduced stress and lower levels of depression. Even the staunchest atheists out there would be impressed by the empirical data gathered from studies trying to unlock the secret of yoga’s success.

This isn’t to say yoga is devoid of spirituality; there are plenty of ancient scriptures that exist which delve into morals, ethics and philosophy. But you don’t have to be spiritual to appreciate this; it’s the root of yoga and while it may not be applicable in your everyday life, it’s still valuable information to be aware of. How far you delve into the practice’s esoteric side is down to you; no guru will force you to recite the Sutras with a gun to your head.

While some yogis are tree-hugging and crystal-loving (which is absolutely fine), others, like me, are more sceptical; I don’t believe in chakra-healing, I don’t like the idea of asceticism and chanting makes me want to vomit. However, I still whole-heartedly believe in the power of yoga. I still do my best to apply ancient principles to my modern-day life.

Enough already; diet-shaming in the yoga community has to stop. There’s a popular notion within yoga that you have to omit all animal products from your diet in order to be a “real” yogi. It’s nonsense and completely ignores an individual’s cultural, geographical and economic background.

What works for one body won’t necessarily work for another. I’ll use yours truly as an example; as someone who’s had an eating disorder, it would be detrimental for me to cut out food groups. In the past, I’ve adhered to a vegan lifestyle and it left me emotionally frazzled; in fact, people with eating disorders often subconsciously fall into veganism as a way to restrict calories and make it look normal. I’m not saying I’ll be a meat-eater forever, but, for now, it’s the most non-harmful and compassionate way for me to consume. 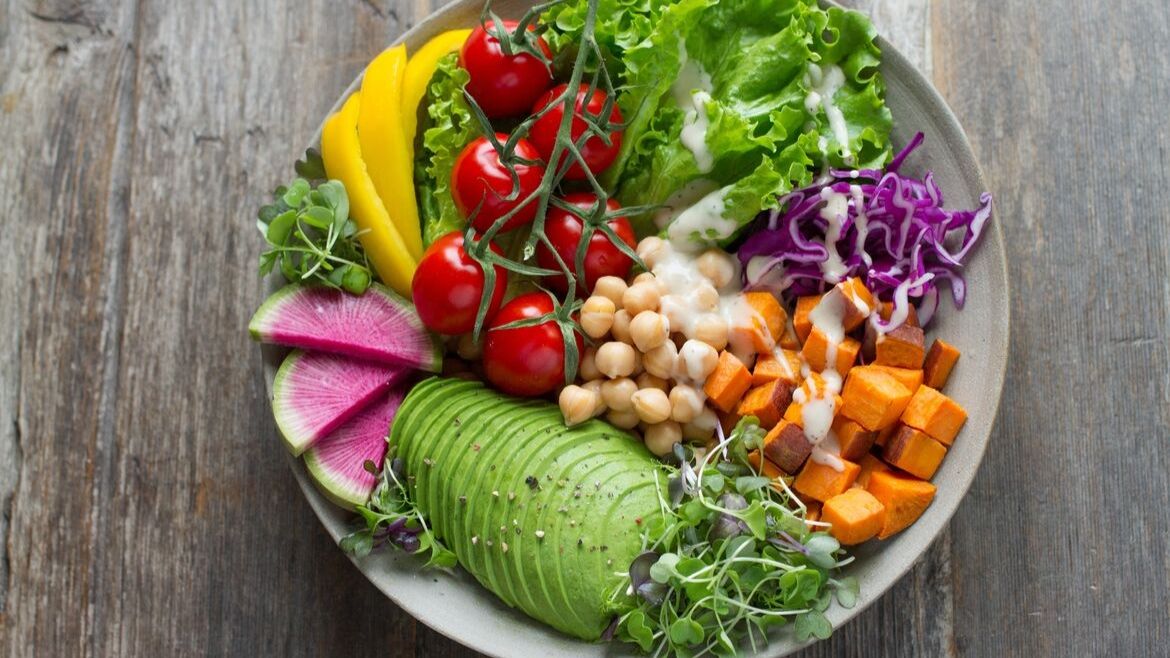 I don’t have the time

It’s a myth you have to do #YogaEveryDamnDay in order to reap the rewards. I’ve written about this extensively, so I won’t go into too much detail but if you only have ten minutes, just practise for ten minutes. Consistency is the most important thing, even if it means flowing in short bursts amidst the chaos of your kitchen.

This brings us nicely back to the “I’m not flexible enough” excuse; again, it just doesn’t make sense. Yoga is practised to quieten the mind; through meditation and pranayama, the most stressed city-dweller can create a state of internal peace to reside in no matter how crazy their external circumstances might be. Meditation particularly helps to control the mind’s ceaseless chitter-chatter and, as Buddha famously said, “Your worst enemy cannot harm you as much as your own unguarded thoughts.”

Believe me, if you’re incredibly stressed, making time for meditation will be the best thing you ever do. 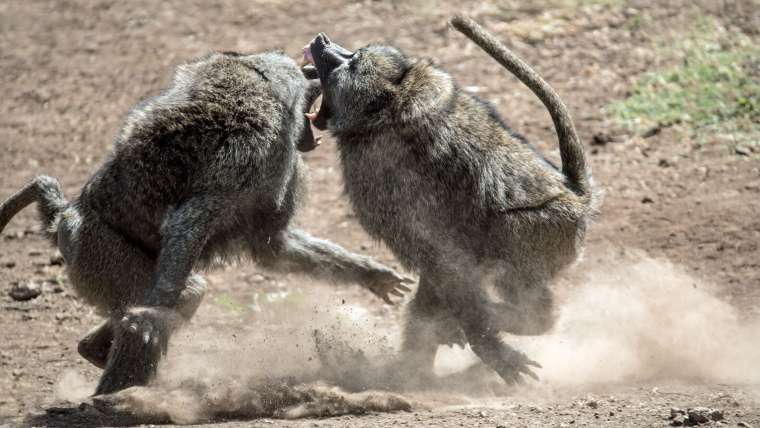 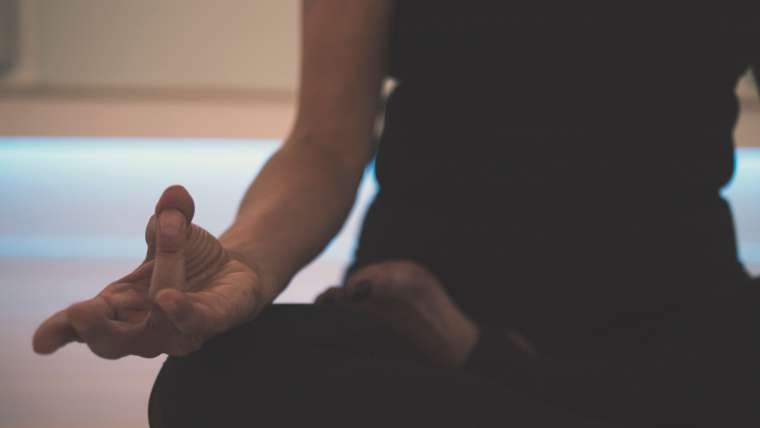 New to Meditation? These Tips Will Help You Start 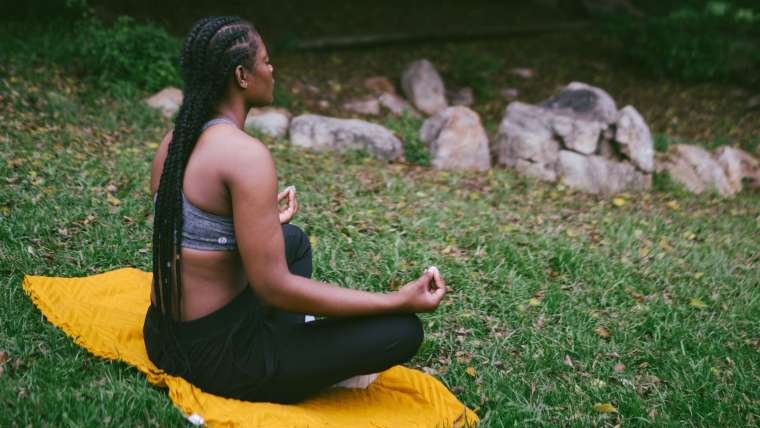