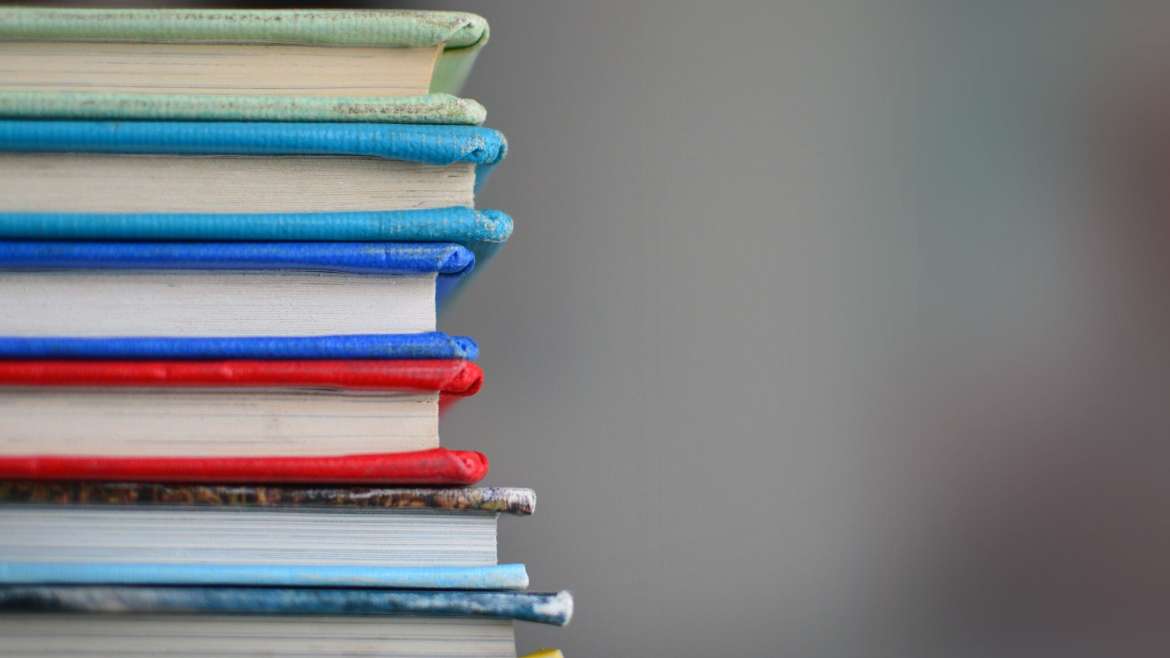 Today, I’m sharing my favourite eating disorder recovery books in the hope they will help you to love your body again.

I spent most of my teens and early 20s waging war on my body, beating it into submission with extreme diets, exercise and beauty regimes.

I suppose extreme might be an understatement – I actually suffered from anorexia, bulimia and body dysmorphia (the latter being undiagnosed, but I’m pretty sure it comes with the territory).

The deadly trio of disorders ravaged my life for nearly a decade and robbed me of my formative years. Even now, I’m picking up the pieces. I don’t have many friends because I was too busy counting calories and cutting food groups to socialise, and my family will never wholly trust me again (every time I unintentionally lose weight, their alarm bells start ringing).

Eventually, and obviously because I’m still here, I wound up in recovery – the hardest thing I’ve ever had to do. I knew straight away I’d need all the help I could get, from my loved ones, medical professionals and those who’d walked a similar path and survived.

I wish I could lend those suffering my friends, family, doctors and therapists because they’re amazing, and I wouldn’t be here today without their Herculean love and support. But, alas, I can’t (although they might be happy to have a break from me).

What I can do is share more information about the survivors and the incredible resources they produced which helped me to love my body again. The below reading list includes fiction, memoirs and practical workbooks that have all been essential to my eating disorder recovery.

Five books that helped my during my eating disorder recovery

Intuitive Eating: A Revolutionary Program that Works by Elyse Resch and Evelyn Tribole

This was the first book I read on my recovery journey, and it remains the most impactful to this day. It’s the book that coined the term “intuitive eating”, which is kinda revolutionary when you think about it, seeing as it was first published in 1995 (way before the hashtag gained notoriety on Instagram).

If you’re not familiar with intuitive eating, it’s an approach to food (not a diet) that aims to rebuild the mind/body connection. It seemed like a ridiculous concept to me at first because I didn’t trust my body or mind – one was “disgusting”, and the other kept trying to kill me with restrictive diets. But, after digesting the concepts (excuse the pun), they were genuinely life-changing.

Instead of following external rules, such as staying within a calorie limit or eating within a specific time frame, intuitive eating asks us to tune into our body’s natural hunger and fullness signals. According to Evelyn Tribole, the three core characteristics are:

“Throw out the diet books and magazine articles that offer you the false hope of losing weight quickly, easily, and permanently. Get angry at the lies that have led you to feel as if you were a failure every time a new diet stopped working and you gained back all of the weight. If you allow even one small hope to linger that a new and better diet might be lurking around the corner, it will prevent you from being free to rediscover Intuitive Eating.”
― Evelyn Tribole

It does take some practise and I found myself eating past the point of fullness on many occasions (which is what people most fear when they start intuitive eating, but it’s exactly what’s needed after years of starvation). I also think eating for emotional reasons is absolutely okay in most circumstances because, sometimes, the only cure is Terry’s Chocolate Orange.

Nevertheless, despite having a few disagreements, the tools in the book helped me to realise that food isn’t the enemy – it’s desperately needed and delicious fuel. And once I truly understood that no food was off-limits, it lost its power over me, and my binge/purge episodes practically disappeared.

The Beauty Myth: How Images of Beauty are Used Against Women by Naomi Wolf

In my article “Tips For Early Eating Disorder Recovery“, I share how I overcame anorexia and bulimia by learning about feminism, fatphobia and body politics. This book played a crucial part in my education.

In it, Naomi Wolf talks about the tyranny of the beauty myth and how destructive it is to women around the world. It spoke to me on so many levels – I was obsessed with being thin and beautiful, to the point where I called in sick to work because I felt fat (which I now understand isn’t a thing).

I didn’t know where this pressure came from. If given a choice, I would’ve eaten whatever I wanted, dressed however I pleased and binned my containers of beauty tools (which resembled 16th-century instruments of torture). But, as it turns out, I was choiceless.

The book exposes the sinister forms of mind-control taking place within the beauty industry. When I came to understand just how pervasive these messages were, I stopped feeling guilty and got angry. It was easier to heal my negative body-image when I realised it wasn’t my fault – I was a victim of toxic advertising and the predominantly male-owned media. 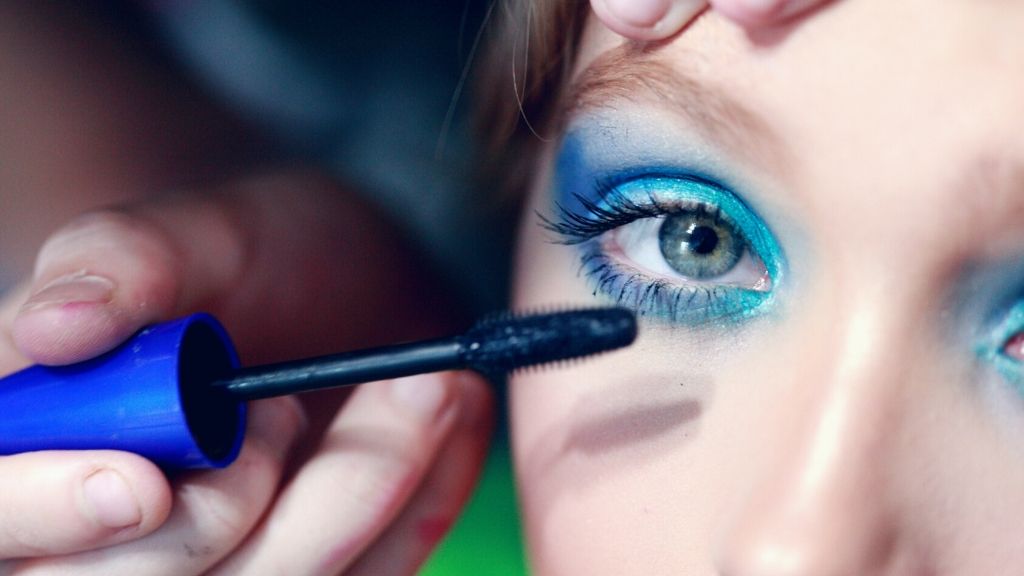 Dietland: a wickedly funny, feminist revenge fantasy novel of one fat woman’s fight against sexism and the beauty industry by Sarai Walker

I’ve read this book dozens of times, and it never fails to make me laugh, cry and whoop with joy.

It follows the journey of a fat woman called Plum, whose life and stomach are painfully empty. Stuck in an unfulfilling career, she spends her days writing an advice column for a teen magazine, and the disturbing questions she receives point to the pressures felt by most young women today. Her spare time is divided between “Waist Watchers” meetings (sound familiar?) and avoiding any life-affirming activities because of the judgement she receives, often and overtly, from others.

As the book progresses, we witness Plum’s magnificent liberation. After much trial and tribulation, she reclaims her body and the right to exist in it after years of yo-yo dieting and self-hatred (WHOOP).

Her story is a wild ride, and the book tackles a considerable range of feminist issues in a surprisingly dark yet comic way. Oh, and there’s a feminist terrorist group as well, which I thought was pretty radical. A word of warning – this book can be exceptionally uncomfortable as it talks about pornography, rape culture and the objectification of the female body, often in graphic detail.

“I think it’s a response to terrorism. From the time we’re little girls, we’re taught to fear the bad man who might get us. We’re terrified of being raped, abused, even killed by the bad man, but the problem is, you can’t tell the good ones from the bad ones, so you have to wary of them all. We’re told not to go out by ourselves late at night, not to dress a certain way, not to talk to male strangers, not to lead men on. We take self-defense classes, keep our doors locked, carry pepper spray and rape whistles. The fear of men is ingrained in us from girlhood. Isn’t that a form of terrorism?”
― Sarai Walker

Full: How I Learned to Satisfy My Insatiable Hunger and Feed My Soul by Kimber Simpkins

Full is a beautifully written memoir about one woman’s eating disorder recovery and struggle against her all-consuming hunger.

I saw my eating disorder as a physical, mental and spiritual disease, and this book stood out for its emphasis on healing through yoga, Buddhism and other esoteric practices. It proposed that spirituality (or lack of it) and eating disorders are intricately linked – which is a notion that’s woefully lacking in most of the literature surrounding recovery.

Kimber Simpkins is all of us, and she vividly captures the madness of our daily battles with food. Meals are traumatic, every mouthful is painstakingly deliberated over, and the amount she consumes has the potential to make or break her day. I related to her compulsiveness. Plus, she’s a yoga teacher, like me, who often felt fraudulent when telling her students to love themselves when she couldn’t stand herself.

Body Positive Power: How to Stop Dieting, Make Peace with Your Body and Live by Megan Jayne Crabbe

If you don’t follow Megan on Instagram (a.k.a bodyposipanda), go ahead and do that now. She’s an anorexia survivor turned body positivity activist, and her transformation has to be seen to be believed (honestly, it’s incredible).

Recovery rates from eating disorders aren’t promising. According to Beat, just 46% of anorexia patients and 45% of bulimia patients fully recover. The rest? They stay stuck in a vicious cycle of relapse or remain chronically ill until they, tragically, pass.

These statistics depressed me enormously when I was in recovery (they still do), but people like Megan gave me hope. Death knocked on her door, and she told him to piss off.

So, imagine my excitement when she released her book, which mirrors the much-loved content she posts on Instagram and outlines her eating disorder recovery story in more detail. Her message is loud and clear – in her words, “It’s time for us all to stop believing the lies we’ve been fed about what it means to be beautiful, and take our power back.”

I haven’t starved, binged or purged for many years now (that’ll show you, shitty statistics), but I’ll always be in recovery. As a result, my reading list is continuously growing.

I haven’t read the following books yet, but they have great reviews from those in recovery.

Just Eat It: How Intuitive Eating Can Help You Get Your Shit Together Around Food by Laura Thomas

The F*ck It Diet: Eating Should Be Easy by Caroline Dooner

Happy Fat: Taking Up Space in a World That Wants to Shrink You by Sofie Hagen

Health At Every Size: The Surprising Truth About Your Weight by Linda Bacon

Things No One Will Tell Fat Girls by Jes Baker 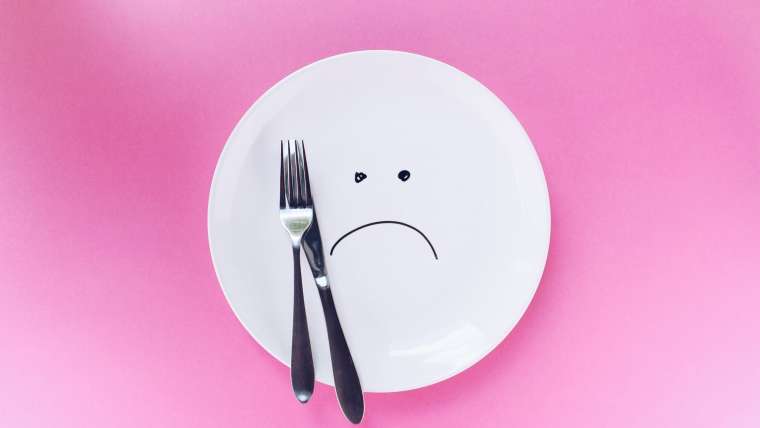 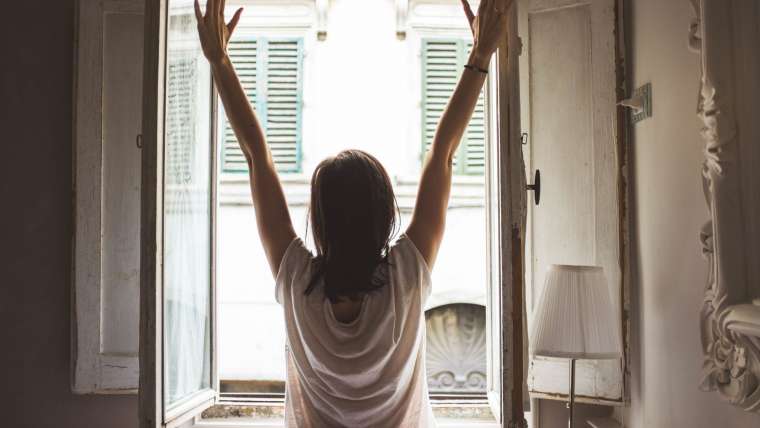 Seven Ways to Improve Your Mental Health in Summer 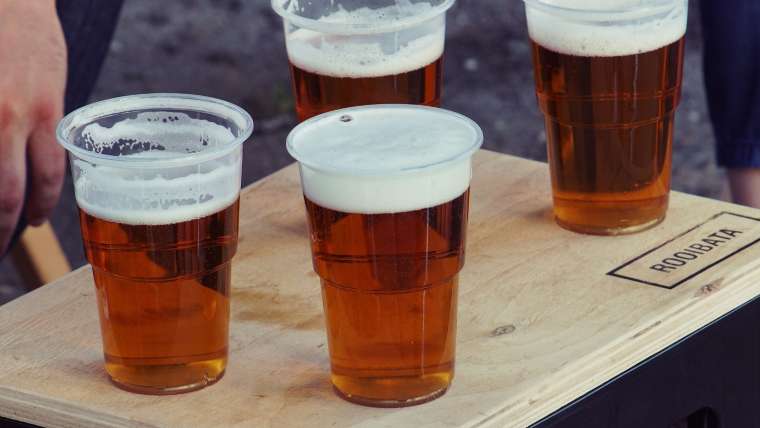 I Stopped Drinking For 80 Days – Here’s What Happened